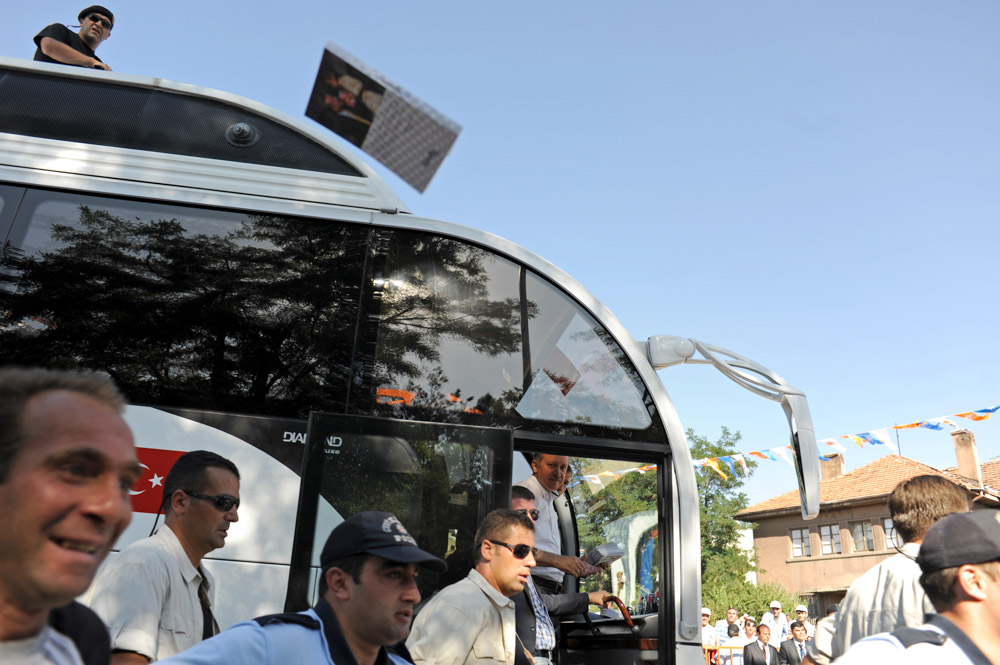 ERZURUM, TURKEY. Turkish Prime Minister Recep Erdogan departs a political rally in support of the September 12 referendum which would change the nature of the country's constitutional court to solidify the hold of the ruling Justice and Development Party (AKP) under the pretext that it would prevent future military coups, in Turkey's conservative far northeast on August 13, 2010. Erzurum is the first major city near the route of the Baku-Tbilisi-Ceyhan oil pipeline in Turkey, located just 10 kilometers from the pipeline which traverses numerous villages near the city's airport.