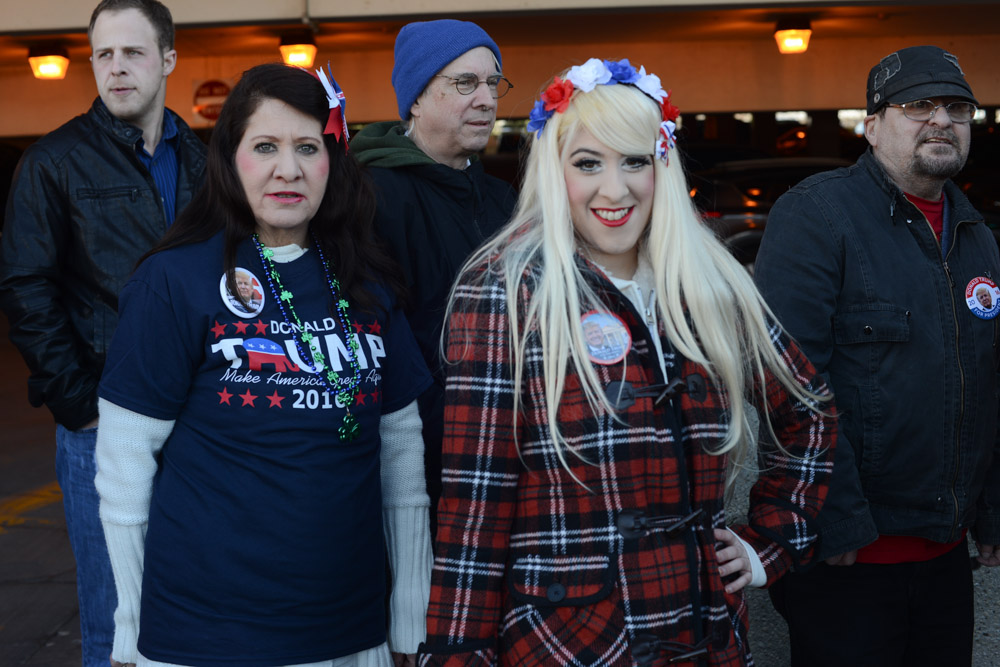 CHICAGO, ILLINOIS. Supporters of Republican Presidential front runner Donald Trump wait in line on the University of Illinois Chicago (UIC) campus to hear Trump speak at an event scheduled for the early evening in Chicago, Illinois on March 11, 2016. Trump cancelled the event citing a request from the Chicago Police after scuffles broke out between his supporters and protesters, who had claimed a large number of the seats, before he was to speak, something the Chicago Police denied, which maintain they were ready to work the whole night.