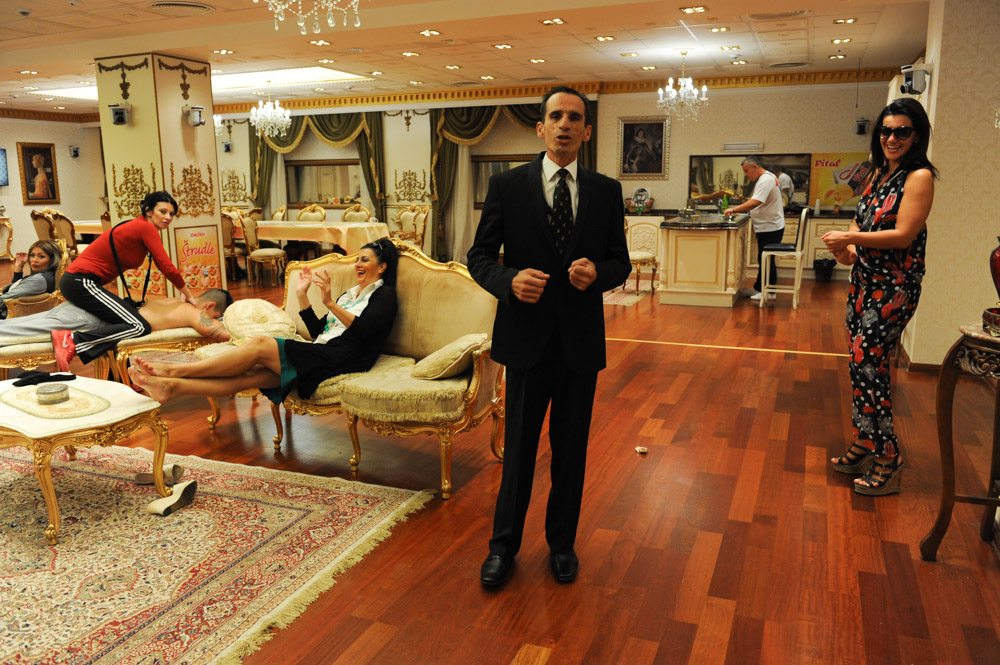 BELGRADE, SERBIA. (At center, in suit) Ekrem Jevric sings as Aleksandra Grdic gives a massage to a fellow cast member, as Saska Karan laughs on the couch and turbofolk star Dusica Grabovic looks on in laughter on the set of "Parovi," which features many starlets, turbofolk viral video stars and others part of the blingy new money turbo world, on September 10, 2015. Parovi is broadcast live twenty-four hours a day and along with shows like "Farm" and "Hotel Maldivi" populate the fodder for the tabloid press in Serbia.