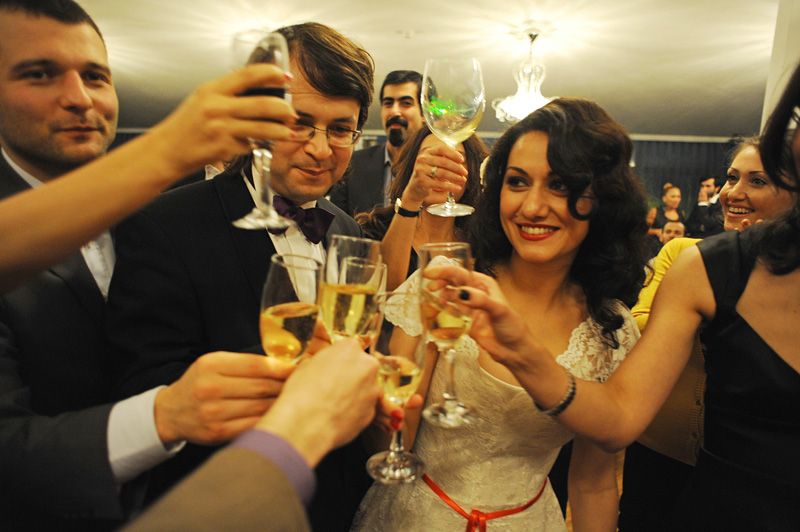 BAKU, AZERBAIJAN. Emin Milli, a blogger and opposition activist heavily championed by the West who was imprisoned for 17 months on hooliganism charges following a video he made satirizing his country's leadership, remarries for the second time a painter Tora Agabekova following his divorce from a previous marriage earlier this year after being released from prison on November 12, 2011. To Emin's right is Adnan Hajizade, who served with him in jail and now serves as a witness at his wedding.