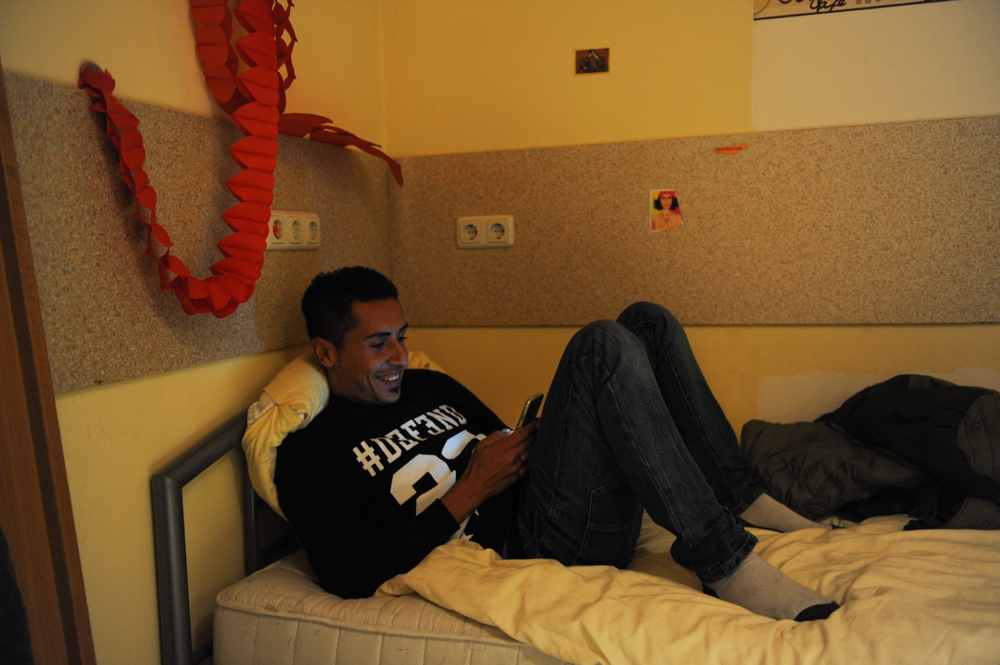 HERSBRUCK, GERMANY. Fawaz Al Abed from Al-Bukamal, Syria, rests in his room at a hostel converted to refugee housing in the Nuremberg suburb of Hersbruck on September 24, 2015. Al Abed has tried to apply for asylum in Germany and failed twice because he was fingerprinted by Bulgarian authorities, where he spent six months in prison after being caught entering the country illegally, and says that if he were allowed to stay in Germany, he would "be celebrating the same if I get married, but I don't have any hope."