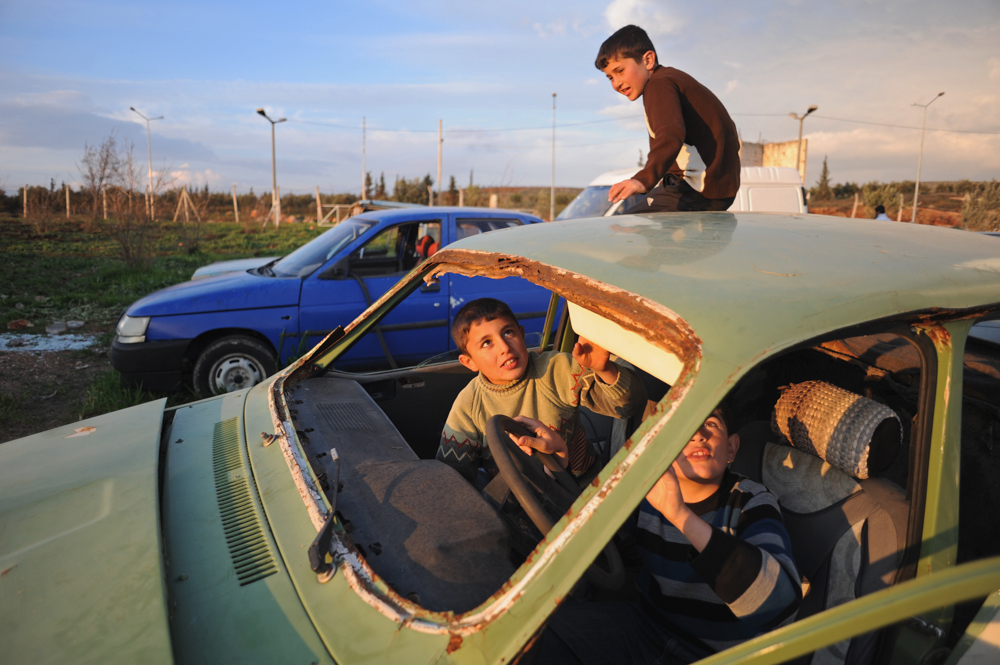 REYHANLI, TURKEY. Syrian children play in a junkyard of old, abandoned and destroyed vehicles at the entrance to the Reyhanli tent city on February 26, 2012. As the year old rebellion against the rule of Bashar Al-Assad continues just across the border in Syria, Turkey has seen a continued influx of refugees from the Syrian conflict but has not granted them refugee status and instead considers them to be "guests" of Turkey, the sign of another conflict fissure located precariously close to the pipeline route.