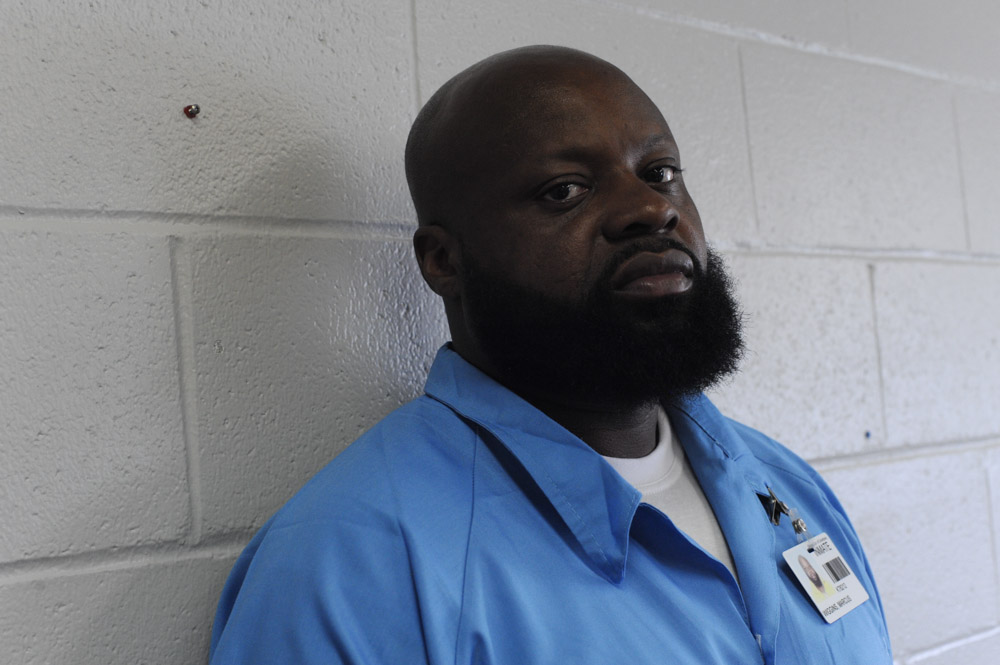 ROBINSON, ILLINOIS. Marcus Wiggins, who was beaten and electrotortured by several Chicago Police detectives working under Commander Jon Burge at Area 3 in September 1991, sits in an administrative office of the Robinson Correctional Center on August 10, 2016. Wiggins received a $95,000 settlement which did not end his troubles as the same group of officers sought to pin two more murder cases on him, the first having been when he was tortured age 13, the second was thrown out of court by the judge who called the case flimsy and the third attempt of the same group of officers was successful when the case landed in front of Judge Dennis Dernbach, a former Assistant State's Attorney who worked on Area 2 cases when Burge was Commander there.