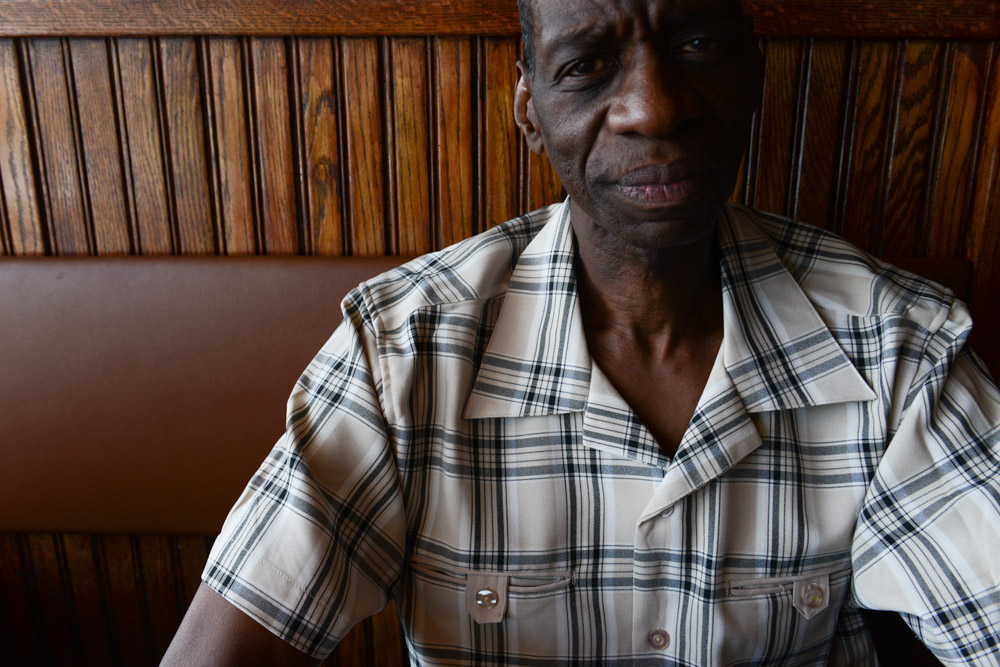 CHICAGO, ILLINOIS. Darrell Cannon, a survivor of torture which included beating with a flashlight, Russian roulette, hanging by handcuffs on his wrists, a cattle prod to his testicles and penis, a shotgun pumped in his mouth, all while being verbally abused and repeatedly called the n-word in an abandoned area of the South Side in November of 1983, sits at Leona's restaurant in the Hyde Park neighborhood on June 26, 2016. Cannon spent 24 years wrongly incarcerated for the crime he confessed to after all the torture was committed against him, an act he calls "the most sadistic thing anyone has done to me in my whole life," based solely on the confession as there were no witnesses or nor evidence to support the confession.