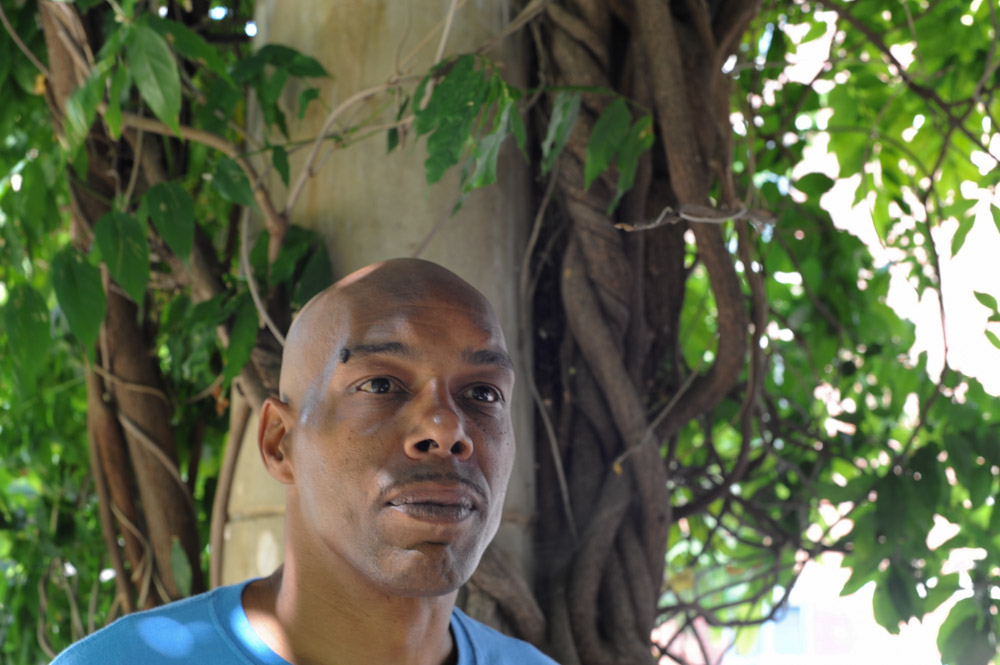 CHICAGO, ILLINOIS. Mark Clements, a victim of Chicago police torture that occurred while Jon Burge was Commander, sits in a park in the South Loop on August 16, 2015. Clements was 16 when he was arrested, tortured and accused of arson and involvement in the death of four individuals inside the building where the fire occurred and convicted at 17 before serving 26 years for a crime he did not commit; while in initial detention, police beat a false confession out of him by striking him repeatedly and squeezing his genitals.