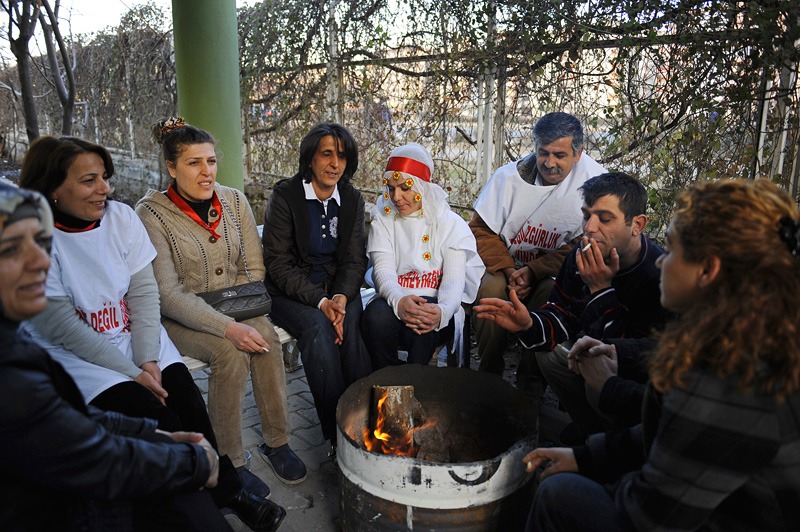 DIYARBAKIR, TURKEY. Hunger strikers protest the arrest, detentions and alleged torture of family members in connection with the wide reaching Kurdish Communities Union, KCK, case which has been used as the official pretext to jail an estimated 7,000 activists, members of civil society and others vocal on the Kurdish issue at the office of the Peace and Democracy Party, BDP, the political party of the Kurdish Workers Party, PKK, the main Kurdish guerrilla group, in Diyarbakir, Turkey on February 22, 2012.