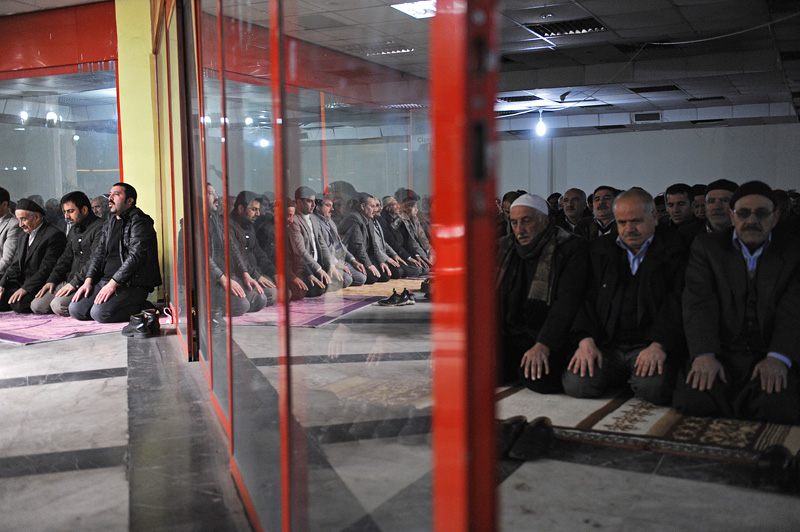 DIYARBAKIR, TURKEY. Men pray in an underground shopping center during a weekly protest called "civil Fridays," where men hear prayers from a Kurdish speaking imam not approved by the Turkish state, as an act of civil disobedience in Diyarbakir, Turkey on February 24, 2012. In Turkey, mosques fall under the control of the Turkish state and other religious activities are deemed unofficial and, on occasion, illegal; Diyarbakir is a majority Kurdish city and the most political active, restive in the Kurdish-dominated areas of eastern Turkey.