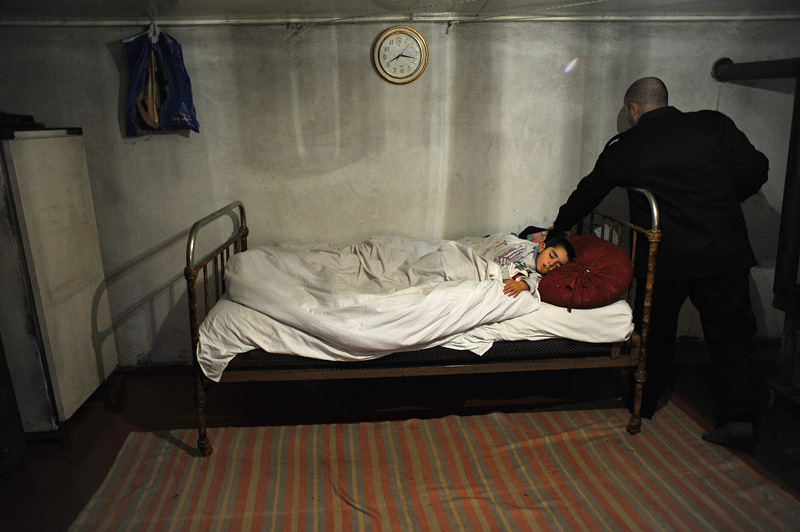 YADILI, AZERBAIJAN. Maharram Aliyev, 35, pats his son, Emin Aliyev, 3, on the head while he sleeps after returning from his shift as a security guard along the Baku-Tbilisi-Ceyhan (BTC) oil pipeline route in the family's one-room winter home in Yadili, Yevlax Region, Azerbaijan on January 4, 2012. Aliyev said he earns three to four times the average salary in his village; Aliyev and his father also received compensation funds combined totaling under $3,000 for the disruption to their lands caused by the construction of the BTC pipeline.