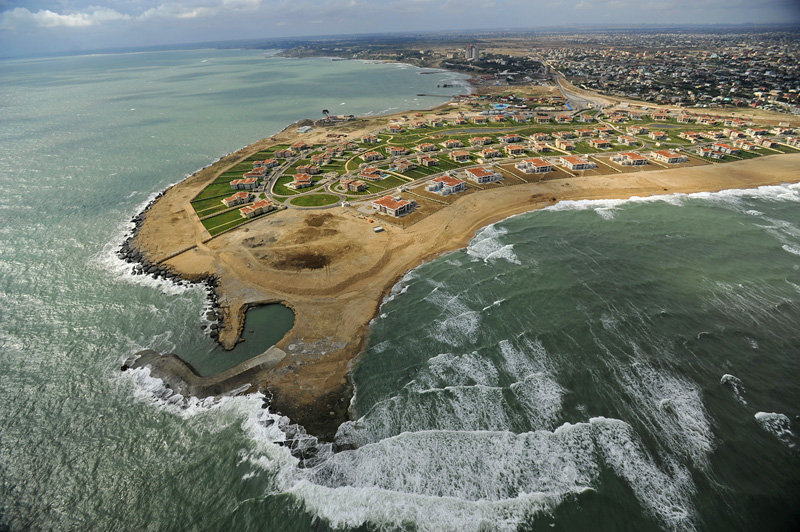 BILGEH, AZERBAIJAN. The Bilgeh Estates villas outside Baku, Azerbaijan on the Absheron Peninsula house some of Azerbaijan's few well manicured lawns as seen from the air on July 15, 2010. Azerbaijan's tremendous wealth gap has placed the elite in a stratosphere above the rest of society and left the rest of the country behind in often near feudal conditions; prices at Bilgeh Estates begin at $2,400 for one week during the off season and soar to $5,400 a week in the peak summer months.